Apples Photos app is the standard app a lot of Mac users organize their photos. It’s well integrated in macOS and iOS, it syncs the photos between all devices sharing an appleID. Not only the photos shot with an iPhone are but also photos shot with other cameras and imported via Photos (btw a really bad name for an app if you want to write an article about it and about the photos storred in the app called Photos). I’m organizing all my photos in Photos. My database contains currently about 35000 photos and 900 videos. A lot of these photos are “big” raw files (in my case about 30MB per photo), most of the videos are 4K. As apple has huge prices on their storrage options within their devices and because I want the security of a) having my photos available from all the devices and b) backed up externally (this is not my only external backup), I use iCloud Photo Library. I’m currently storring 691GB of photos and videos in iCloud. 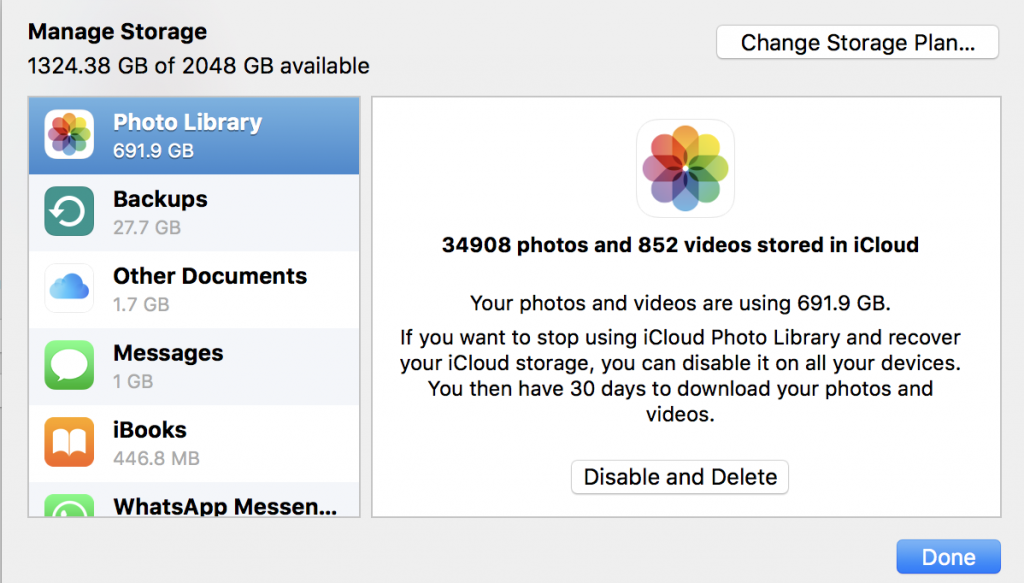 This amount of data neither fits my iPhone (128GB), nor my TouchBar Pro (512GB). Therefore I’m using a function called “Optimized Storrage” on all devices. This function storres only thumbnails and recently used photos locally on the device and deletes the full resolution images from the Mac after they have been transfered to iCloud. It’s a clever system leaving me with about 75GB of storrage used for my photos on my Mac.

Now to something else: I like to customize my MacBook Desktop with personal photos I’ve took somewhere around the world. Those photos can be selected directly out of the Photos app. To find the nicest pictures, I’m marking those with a heart or ‘favorites’ function within Photos and have a condenced selection of photos to select my desktop background from.

No I’ve noticed two things: My desktop pictures often change from the one selected to standard pictures provided with macOS. In addition not all my favorite photos where available within the menu to select the background from. Sometimes it happens, when I wanted to change from a standard picture to a different one, the picture disapears and only a questionmark is remaining in the selection panel. 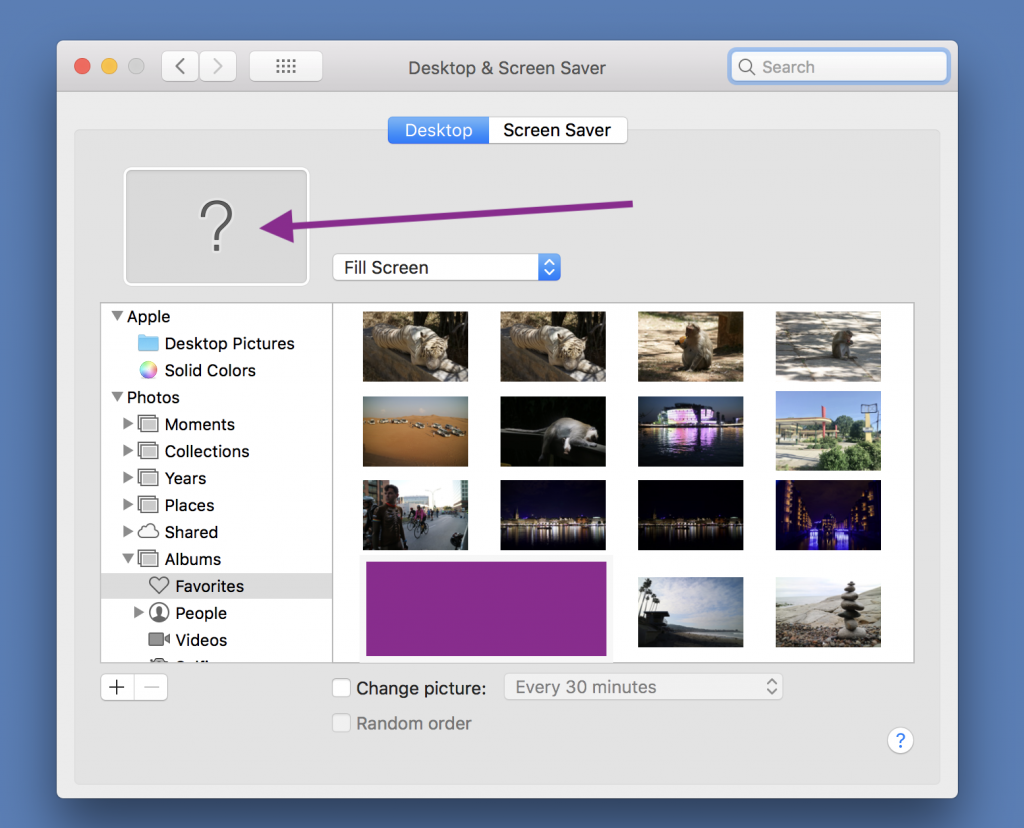 So what’s happening here? After some investigation within my photo library I’ve noticed that the pictures I’ve previously selected (out of my favorites) were ‘optimized’ to iCloud and no longer available locally within my TouchBar Pro. Therefore macOS can’t find and use them as background images anylonger. 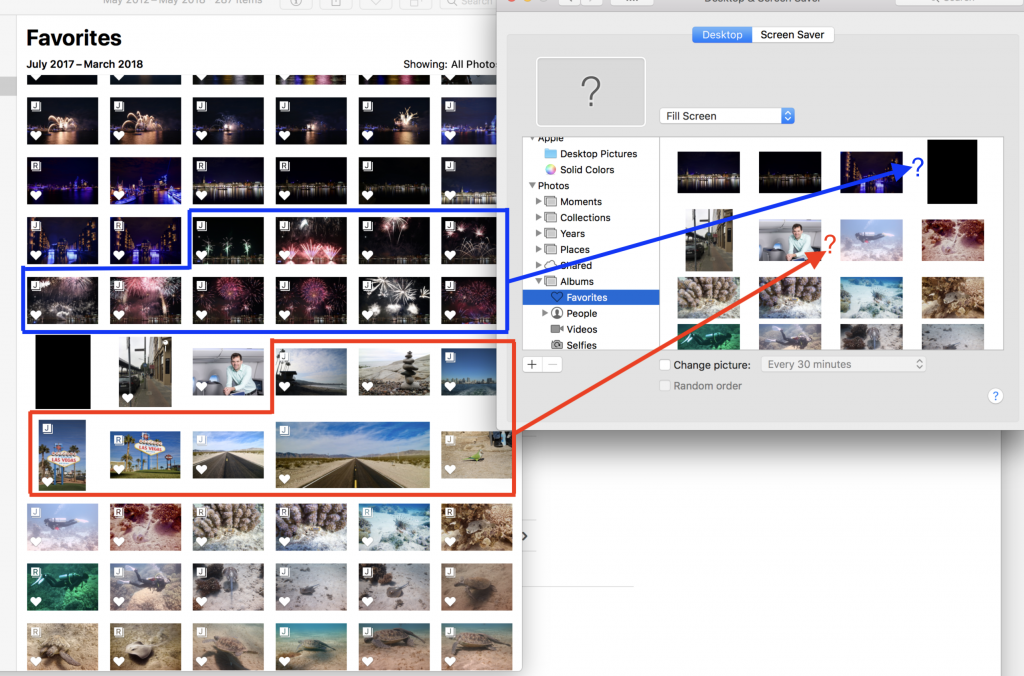 I don’t know why apple wouldn’t program an exception in their ‘storrage optimization routine’ to not optimized favorites (as most people might want to have them available all the time) and especially not delete images that are used by another part of the operating system. I understand that thirdparty apps can’t see which photo has been selected as background images, but Photos is a first party app integrated in the OS, it should be able to do a bit more than other apps and should avoid this behavior.

A radar (bug report within apples bug reporting system) has been filed for this on June 2nd.

One Reply to “Apple is optimising my desktop pictures away.”