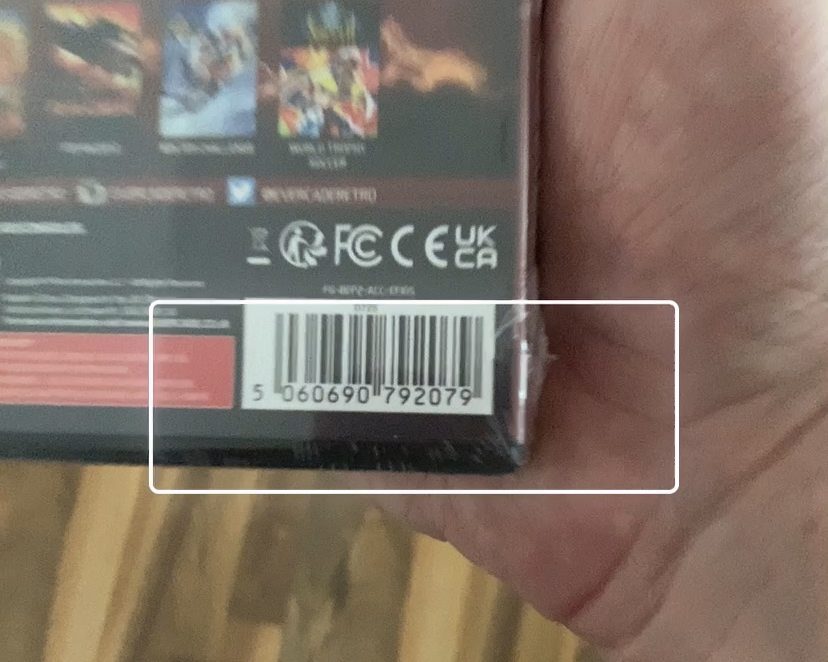 In the last two years I’ve been developing the app Game Collector for iOS (and recently macOS). The app is a game collector app that focuses on games and not releases. As a gamer I’m interested on which systems I can play a game I have. I might have different copies on different bundles and would like to quickly search for a title which might be hidden in a bundle or collection.

Adding games to the app is done by entering the title in a search field and looking up the game data in the IGDB. That’s nice and good, but games (and other products) have a nice bar code that identifies the title, release, region and game system uniquely. Unfortunately I was not able to find a good database containing this kind of data or the data was to expensive for me to integrate into my free app. So I needed to collect the data myself. I’ve integrated a barcode scanner into the section where users can add details about the releases they have in their collection (like region, game system,…). Some of the users used this scanner to add the barcode of the games they own into the app. This data, including some of the details (like name, IGDB-GameID, region, game system,…) are then stored in a shared database. With this I was building a EAN-game title database.

My EAN-database is still in work and will be filled more with some changes I’m planning for the app, but I believe that the data is good enough to integrate it in the app and let users search for games using the scanner. Unfortunately my current system to search and add games to the app is not able to use all the data (like region, game system,…) when adding games. So currently the scanner is only prefilling the existing search function (saving the user the typing)… BUT: I’m planning to rewrite the adding functions to preserve these details and adding games using bar code should become much faster and convenient in the future.